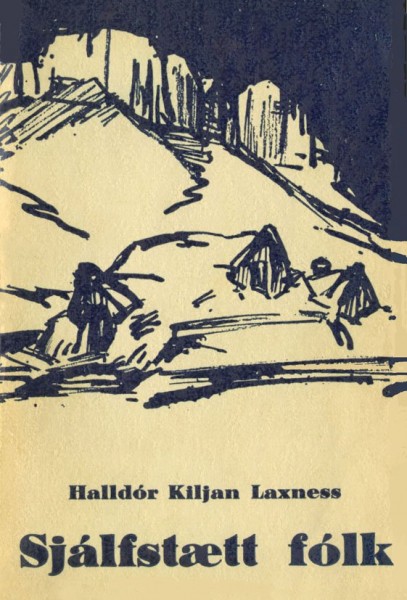 In the 1930s he wrote three major novels: Salka Valka, Independent People and World Light. Despite their differences, the books all deal with the ordinary Icelandic people's struggle for existence, with their harsh external conditions and their private conflicts. In the world of these stories everyone is fallible and everyone is deserving of pity. Right and wrong are not opposite extremes, something rare in the social realism of the 1930s, a time of bitter class antagonism. The author and reader's sympathy for all the characters in the books is sincere and unalloyed - however low they fall. Even ugliness has its own beauty there.

So Halldór Laxness did not fall into the trap of writing in the spirit of simplistic social realism in which the good are wholly good and the bad are irredeemable. It could be said that in these novels Laxness was testing out the theories that he preached in his articles on social issues, and that he came to the conclusion that they did not work in the real world, regardless of whether this was a conscious process or not.

In the 1940s Laxness turned to writing historical novels, including Iceland's Bell, his contribution to Iceland's campaign for independence, which was published over the years 1943-1946. In the 1950s his works reveal deep misgivings about his earlier beliefs - a disillusionment with ideologies. He wrote absurdist plays in the 1960s and, 40 years after The Great Weaver from Kashmir and at nearly 70 years old, he began to flirt anew with the modernist novel, along with a younger generation of Icelandic writers, in Under the Glacier (1968). This book tells of an emissary of the bishop of Iceland who is sent to investigate the observance of pastoral duties by a minister who lives in the shadow of the Snæfellsjökull glacier. The minister has given up preaching the Christian faith, saying: "Whoever does not live in poetry cannot survive here on earth."

Halldór Laxness did not hold to one single belief or ideal. He began his writing career as a Catholic, then turned to socialism, but later lost interest in all doctrines - except perhaps Taoism. He never attempted to disown the earlier views which he subsequently repudiated, regarding them instead as an instructive part of his psychological development.