The first modernist novel in Iceland 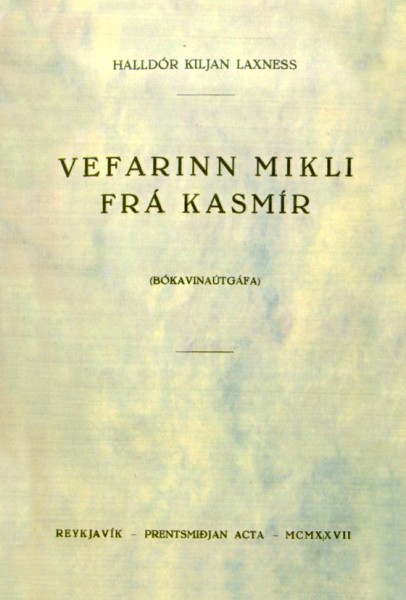 The 1920s were an important formative period in Laxness's life. He was on a constant quest, spending some time in a monastery and resolutely grappling with the Zeitgeist in his novel The Great Weaver from Kashmir (1927).

The Great Weaver from Kashmir centres around Steinn Elliði, who is 19 at the beginning of the story, and describes several years in his life. It seems at first sight to be a conventional Bildungsroman but on closer reading it explodes this framework. Steinn Elliði vacillates between views of life, and could be said to ricochet between three main belief systems: Catholicism, Communism and Friedrich Nietzsche's theories of the Übermensch. The Catholic lives for God, the Communist lives for human beings and the follower of the Superman ideal lives for himself.

Steinn Elliði in The Great Weaver has a lot in common with Halldór Laxness himself. Laxness converted briefly to Catholicism and spent a period in a monastery but The Great Weaver could be said to mark his departure from the Catholic church. It was not God who won the battle for Laxness's soul but his fellow men, for now he turned to socialism.