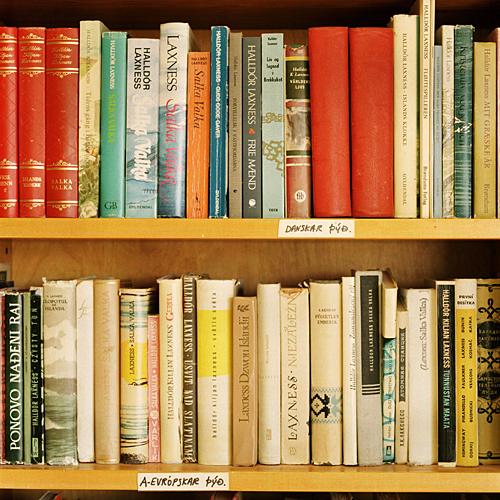 When Halldór Laxness moved to the United States at the end of the 1920s, he worked on translating his novel The Great Weaver of Kashmir with Magnús A. Árnason, but was unable to find a publisher. It wasn’t until the Icelandic writer Gunnar Gunnarsson, then at the height of his popularity in Denmark, translated Salka Valka into Danish in 1934 that people outside of Iceland noticed this young writer. The publication of Salka Valka into Danish marked the beginning of Laxness’s recognition as a writer of global relevance.

Following the 1936 publication of Salka Valka in Britain and the United States, other novels by Laxness were translated. Random House published Independent People in 1946, a book that was chosen as the book of the month by the country’s largest book club. Independent People sold half a million copies in only two weeks.

After Laxness was granted the Nobel Prize for Literature in 1955, many more of his works were translated. It proved difficult to publish Laxness’ novels in English-speaking countries, especially in the United States. Laxness was a self-described socialist and his political views were suspect in the era of the Cold War.

In the 1980s the German publisher Steidl began publishing Laxness’s novels again. The earlier translations were revised and novels which had not been translated earlier were published. And in the 1990s, following the fall of the Berlin Wall and the end of the Cold War era, Laxness finally broke into the American publishing market when Random House republished Independent People to positive reviews by critics at the Washington Post and New York Times.

You can click on the links in the menu above to see which books have been translated into your language.