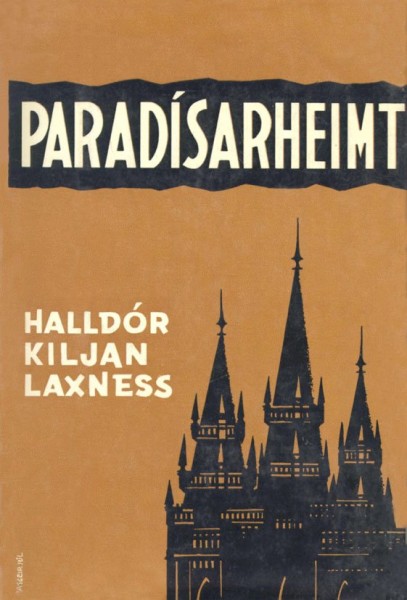 Laxness's most famous change of heart occurred with his debunking of the Soviet Union and Stalin in the 1963 book Poetic Times. "It is instructive to see how Stalin grew with every year into an ever-more text-book example of the way in which power saps the moral force out of men, until a man who has achieved a complete dictatorship over his surroundings has in the process become wholly immoral," he wrote. The publication of this book caused a stir, but with hindsight it is possible to see how his attitudes had been changing throughout the 1950s.

In The Happy Warriors (1952) Laxness wrote a new "Icelandic Saga", set in the Viking Age. He satirised the ancient hero-concept of the Sagas, but the message of the story was no less applicable to the contemporary situation, as a belief in power and violence has long been the favourite expedient of those heads of state whose greatest fear is of their own subjects. Those who wished to could read there a criticism of Hitler and Stalin - of the cult of the leader.

Paradise Reclaimed was published in 1960. The central character, the farmer Steinar, has a vision of paradise on earth. He goes in search of it but returns home at the end of the book: his vision of Christ's thousand-year reign has proved a delusion. In the end it is as if nothing has happened, Steinar is back where he was when he started. Laxness himself said in an article about the conception of Paradise Reclaimed:

"A wise man once said, he who departs will never return; this is because when he does return he is a different man from the man he was when he set out… Between the homefield from which he departed and the homefield to which he returns, lie not only the kingdoms, oceans and deserts of the world but also the Promised Land itself."

Steinar gains and then loses his faith or vision, but he has gained a new perspective on life by the end. The same could be said of Halldór Laxness. Soviet socialism had turned out not to be the promised paradise.

Although Laxness's U-turn came as a shock to the Icelanders, the staff of the American embassy in Reykjavík had recognised several years earlier, in 1955, that this influential man was undergoing some sort of change of heart. Carl H. Peterson, Public Affairs Officer at the embassy, wrote the following confidential report to the US authorities: "[Laxness] has been at some pains recently to deny that he is a Communist, and in a recent radio address he took a less inflammatory tone than usual, even while he was declaiming in general terms for Icelandic independence."